MIRANDA DONOVAN (1979 - ) was born in 1979 in France and is currently based in London. She is a painter sculptor who studied at the Ecole des Beaux Arts d’Aix-en-Provence, France, before completing her fine art degree in 2005 at City and Guilds of London Art School. Miranda’s work explores the human condition through a constant investigation of the darker sides of civilization and its decay.

Miranda has exhibited extensively in group shows including at The New Art Gallery, Walsall; The Bowery, New York, The Public, West Bromwich, curated from the Frank Cohen collection, The Copelouzos Museum, Athens, The Groucho Club and the Lazarides Gallery, London and where she had her first solo show in 2007.

She has carried out large-scale commissions including a 21 x 7ft triptych installed by the banks of Lago Maggiore, Italy in 2013 and a poster run for Black Cow Vodka. Donovan employs materials that evoke a sense of urban decay, such as brick walls or peeling plaster, using them as support surfaces for gestural paintings. She understands her work through the tradition of landscape painting, as she manipulates light and color to create emotionally charged images. Her work suggests that the physical decline of materials such as crumbling brick can serve to document types of social change, often negative. In her eschewal of nature and embrace of man-made detritus, she tacitly positions urban ruins as the defining human landscapes of our time.

Her works convey the dark side of civilization and of its decline. Donovan seduces us with the remnants of past opulence and wealth combined with the prolonged presence of filth and decay in the field of decoration. The impressive three-dimensional structures of Donovan invite the viewer to look beneath the surface of the modern world where beauty and luxury are mixed with misery. She experiments with the realm of reality and the realm of imagination to create a world that often radiates macabre undertones while at the same time revealing an unexpected beauty concealed under the false appearance. Appearances are deceptive. 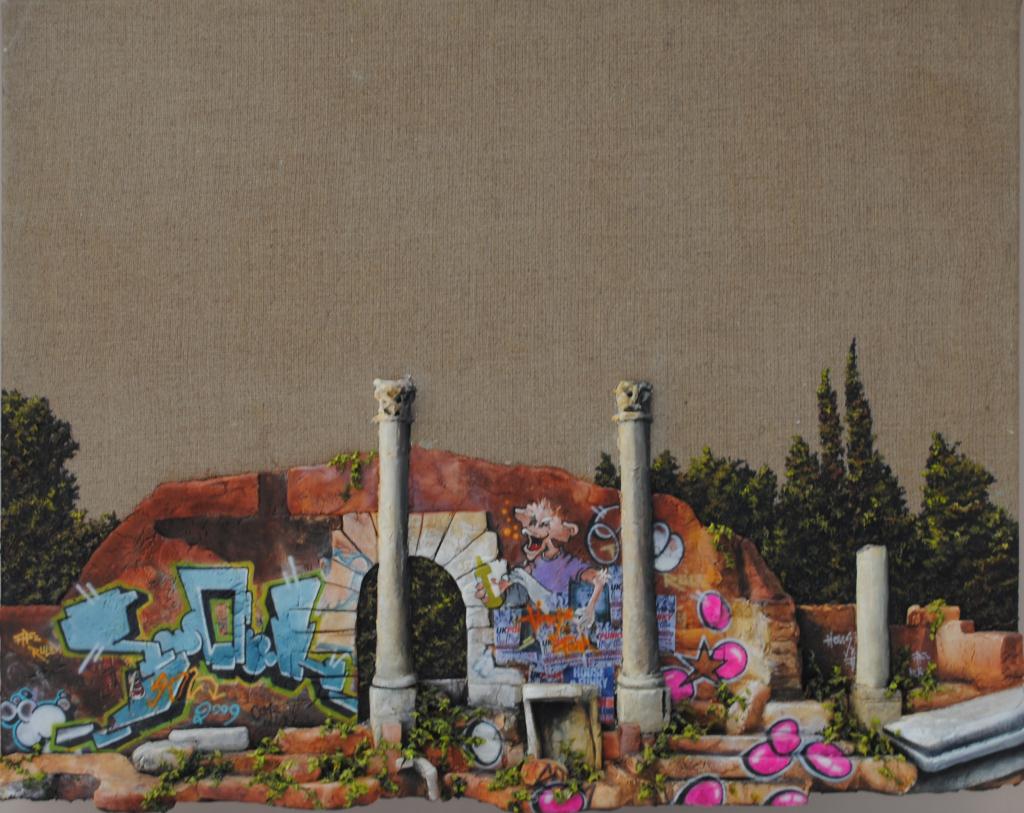