SALVADOR DALI (1904 – 1989) is among the most versatile and prolific artists of the twentieth century. Though chiefly remembered for his painterly output, in the course of his long career he successfully turned to sculpture, printmaking, fashion, advertising, writing, and, perhaps most famously, filmmaking in his collaborations with Luis Bunuel and Alfred Hitchcock.

Dali was born in a quasi-surreal existence. His brother, also named Salvador, died as a toddler, nine months before Dali’s birth. His parents told him he was the reincarnation of his older brother, which he also came to believe. As a child, Dali attended drawing school, and by the age of thirteen, Dali’s father was arranging exhibitions of his charcoal drawings. In 1922, Dali went to study at the School of Fine Arts in San Fernando, where he was known as a bit of a dandy, wearing long hair and sideburns, and stockings with knee breeches in the style of 19th century aesthetes.

During his stay at the academy, Dali tried his hand in cubism and dada. But his stay was short lived, after he was expelled a few weeks before final exams, for stating that no one in the school was qualified enough to examine him. After his expulsion, he traveled to Paris, where he met Pablo Picasso and Joan Miro, who heavily influenced his painting styles. Dali continually borrowed from many painting styles. From impressionism to renaissance works, he combined all elements into single compositions, raising interesting critiques from art critics, who were unsure as how to received his works.

Dali spent the middle and late years of his life between the United States and his beloved Catalonia, Spain, collaborating with other artists, canoodling with social elites, and creating many stories for the newspapers. After his wife’s death in 1982, Dali lost much of his will to live, and purposely dehydrated himself almost to the point of death. There was also a mysterious fire in his apartment in 1984, from which he was saved, but many thought was a suicide attempt. He died of heart failure five years later at the age of 84.

Salvador Dalí was a leading proponent of Surrealism, the 20-century avant-garde movement that sought to release the creative potential of the unconscious through strange, dream-like imagery. “Surrealism is destructive, but it destroys only what it considers to be shackles limiting our vision,” he said. Dalí is specially credited with the innovation of “paranoia-criticism,” a philosophy of art making he defined as “irrational understanding based on the interpretive-critical association of delirious phenomena.” In addition to meticulously painting fantastic compositions, such as The Accommodations of Desire (1929) and the melting clocks in his famed The Persistence of Memory (1931), Dalí was a prolific writer and early filmmaker, and cultivated an eccentric public persona with his flamboyant mustache, pet ocelot, and outlandish behavior and quips. “Each morning when I awake, I experience again a supreme pleasure,” he once said. “That of being Salvador Dalí.”

Above all, Dali was a superb draftsman. His excellence as a creative artist will always set a standard for the art of the twentieth century. 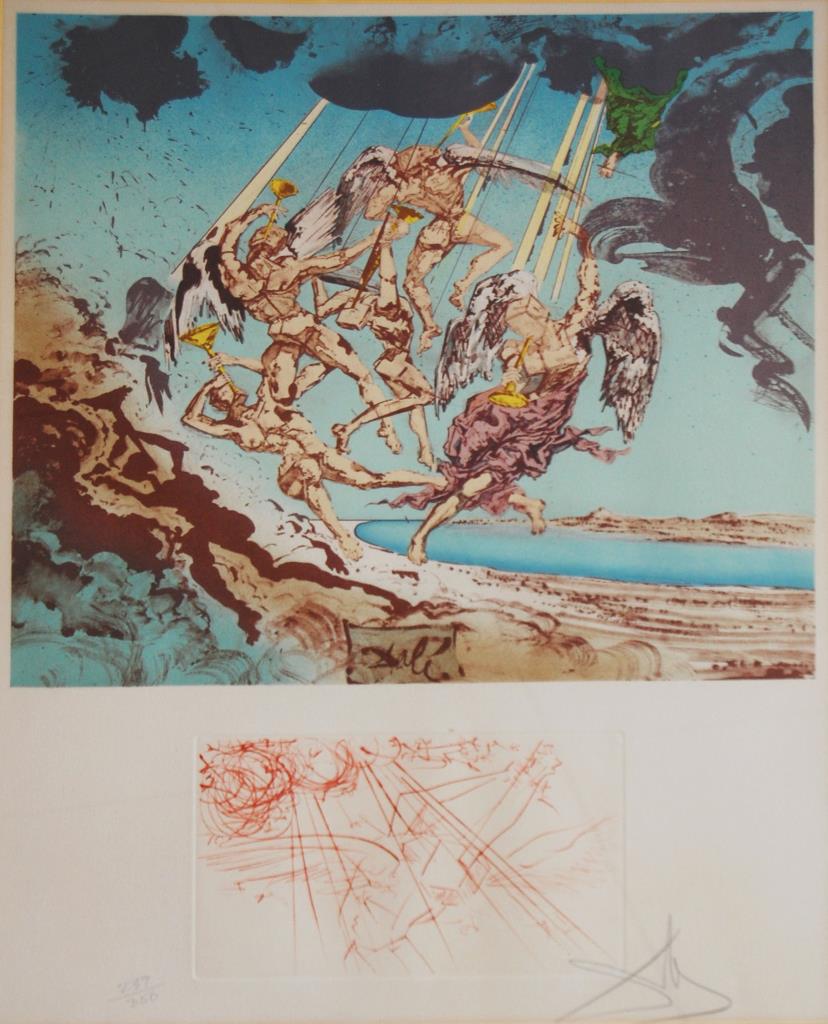