Having started to exhibit in 1964, he presented his first solo show in 1974 at the Zoumboulakis gallery. This was followed by solo exhibitions in Greece and abroad and appearances in group and international exhibitions of painting and engraving, such as XYLON in Geneva in 1969, the Biennales of Alexandria in 1968 and Ljubljana in 1969 and 1973, the International Woodcut Exhibition in Milan in 1973, as well as the Engraving Biennales of Norway in 1974 and Cracow in 1974 and 1976.

Originally involved only with engraving, he later turned to painting as well, producing compositions in both techniques, characterized by their realistic precision, surrealistic atmosphere, the use of optical illusion and the stage, set-like rendering. In his works, the human figure is usually missing, and themes taken from the Renaissance or the Baroque are frequently exploited, though later on he also began to draw his inspiration from Greek mythology or Roman antiquity. His artistic creation includes a large wall painting done in 1982 for the Athenaeum Intercontinental Hotel. 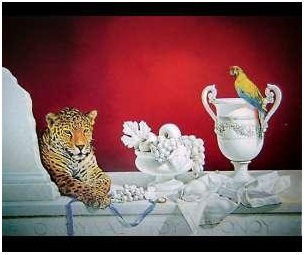 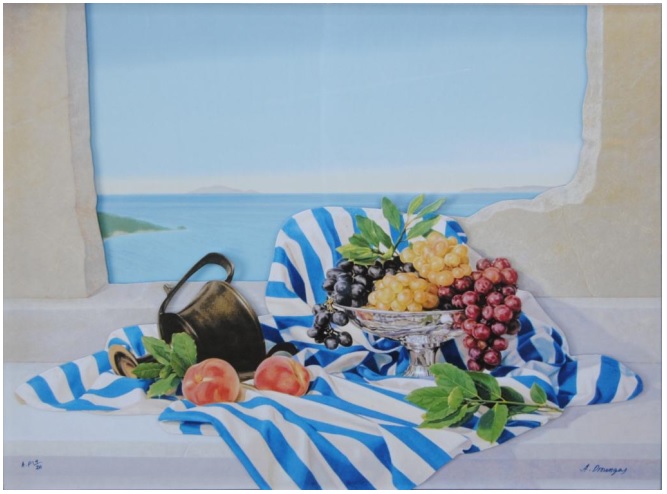