Angelos Panayiotidis was born in Amphilohia of Aitolokarnaria’s prefecture in 1950. He presents his first artworks in his workshop in 1990, after 20 years of research in all the metals that sculpture uses. He has realized 19 personal and 139 group exhibitions, while the artist has been awarded by UNESCO for its contribution in the Olympic Games of 2004 in Athens. He is also a member of the Chamber of Fine Arts of Greece.Presence in the Olympic Games of Athens in 2004
One of his best moments is the creation of the “Olive Tree- Athens’ Tree”, sponsored by Coca Cola, and its exhibition in the Water Plaza in PalaioFaliro during the Olympic Games of 2004. The tree was made from bronze and copper and had a height of 3.30 meters. It consisted of 5.000 bronze leaves and during its exhibition, 5.000 visitors signed its leaves. The sculpture is now permanently exhibited in the Technopolis, in the city of Athens, as it was offered by Coca Cola to the Municipality of Athens, as a souvenir of the Olympic Games. All the Paralympic competitors were also honored with a small replica of the“Olive Tree- Athens’ Tree” sculpture.Angelos Panayiotidis has participated in significant exhibitions, which were organized in the context of the Olympic Games. Among these are: the exhibitions “The World of Olive” at Theofilos Museum in the islands of Mitilini and Crete, the exhibition “Praise of the Olive” in the Athens Academy, as well as the event that was realized in Water Plaza (in Faliro) by Coca Cola.The Olympic athletes Pyrros Dimas and Nikos Kaklamanakis, the former President of the Greek Parliament ApostolosKaklamanis, today’s President of the Greek Parliament Anna Psarouda- Benaki and the Women’s Greek National Team of Water Polohave been honored with Angelos Panayiotidis’ sculptures. During the visit of the Greek Prime Minister in USA(in May of 2005), a bronze olive tree was offered to the American President George Bush.Moreover the first Olympic competitors in Marathon (the Italian Stefano Baldini, theAmericanKeflezighiMebrahtomand the BrazilianLima Vanderlei) were honored with a golden olive laurelduring the period of Olympic Games in 2004. The same laurel was given to the Slovakian Matanin Marcel,who becamea symbol of the Olympic Games’ closure with his entrance in the Panathenaic Stadium and an expresserof the “fair play” (30/09/04). Additionally the Municipality of Amphilohia awarded ParaskeviKatza, who has won the copper medal in the race of 100 meters and ended 4th in the race of 200 metersduring the Olympic Games in Athens, with a golden laurel. The relay runnersof the Municipality were also awarded with olive laurels (16/10/2004).
Additionally the Prime Minister Kostas Karamanlis offered one copper olive tree to the President of the Olympic Committee Jacques Rogge and to many state leaders during the Olympic Games’ realization. 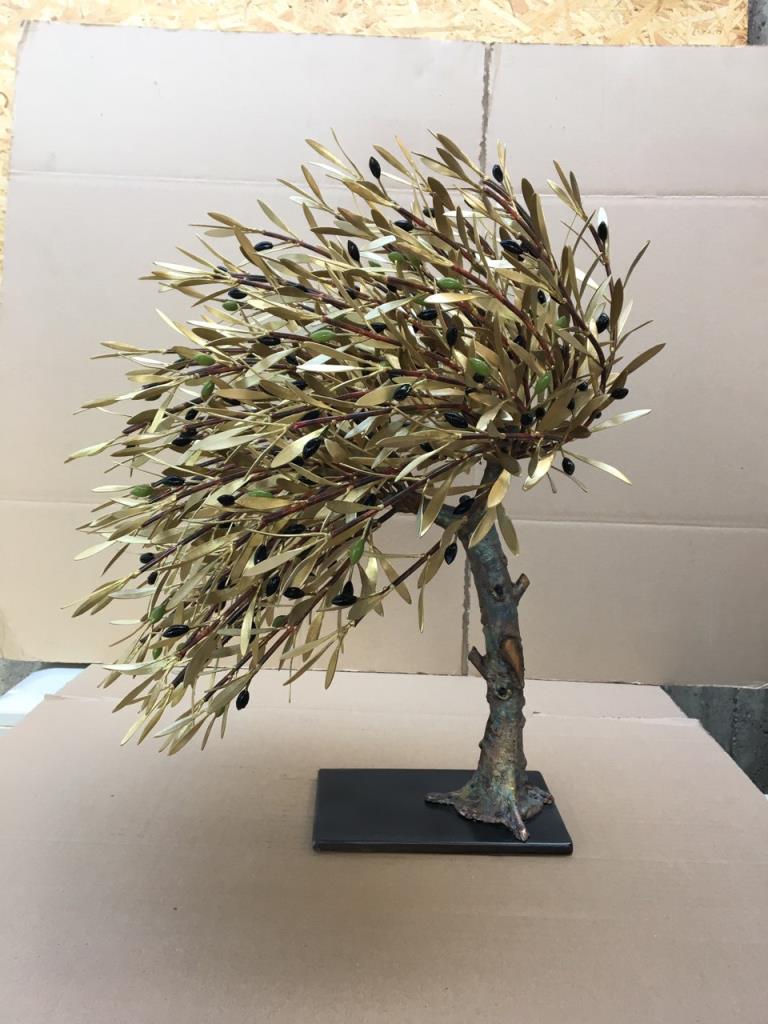 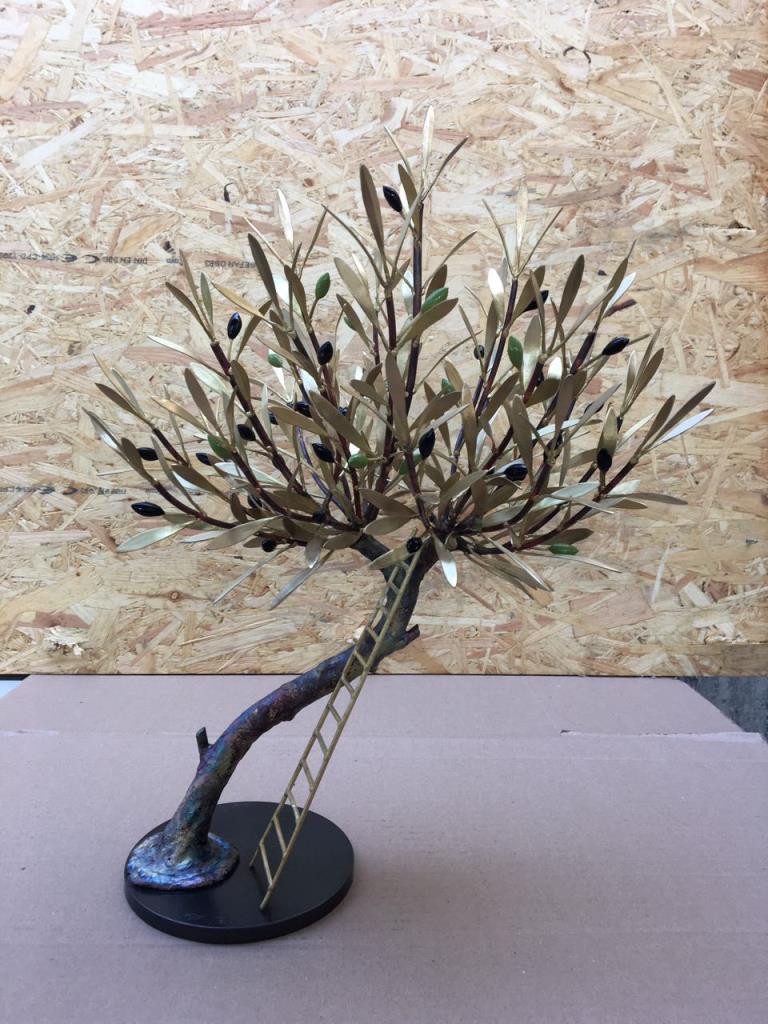 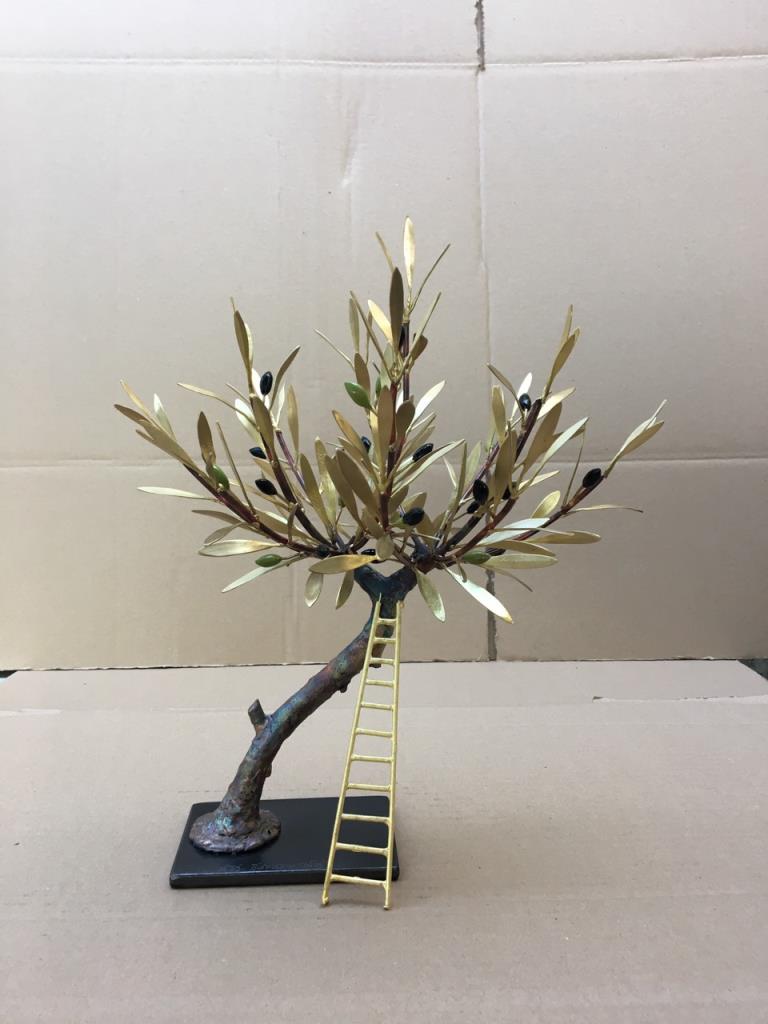