All forms and figures in his work are symbolic, as they share common characteristics not personal. Drawing elements from the Archaic, Byzantine and folk art, as well as from European art, the artist creates a personal mythology of chromatic richness, intensity in hues and clean contours. Besides painting he deals with printmaking and in particular lithography, creating compositions with a strong expressionistic character. 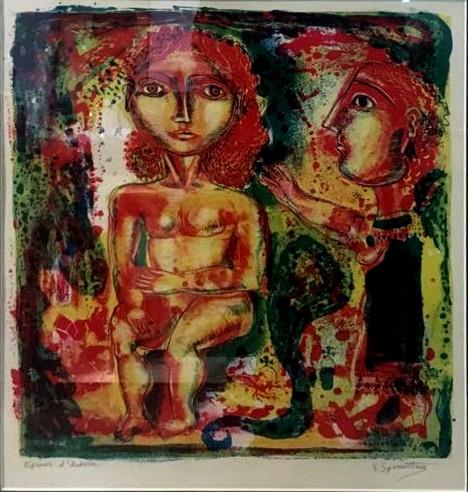 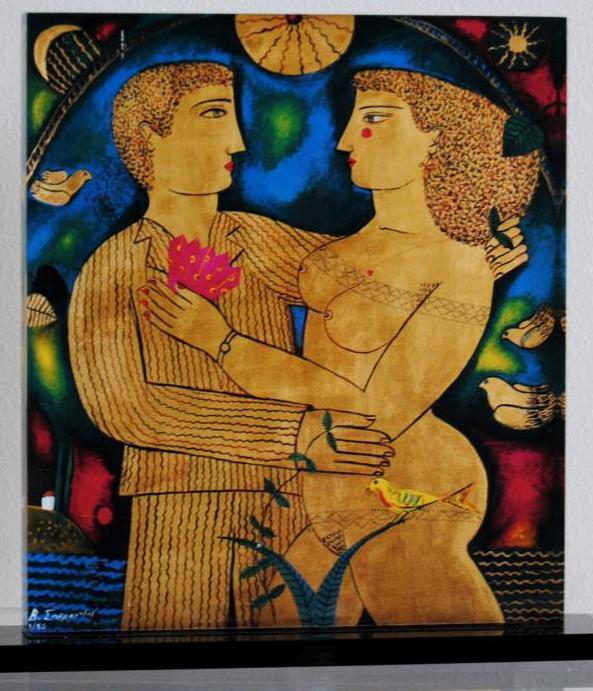 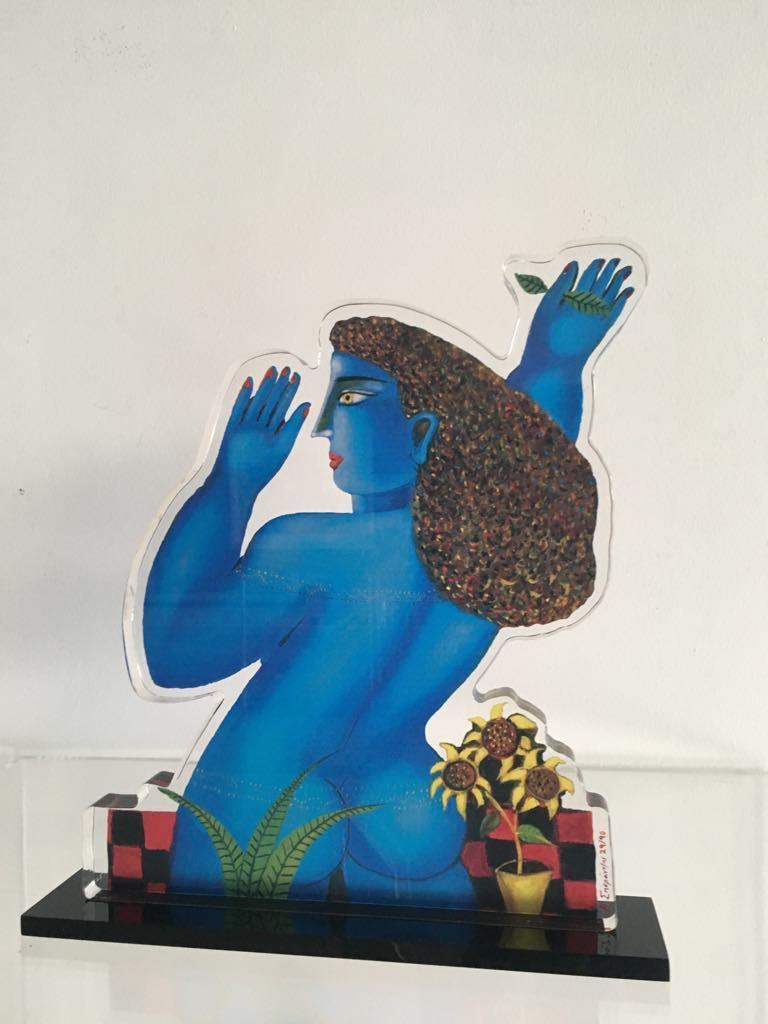 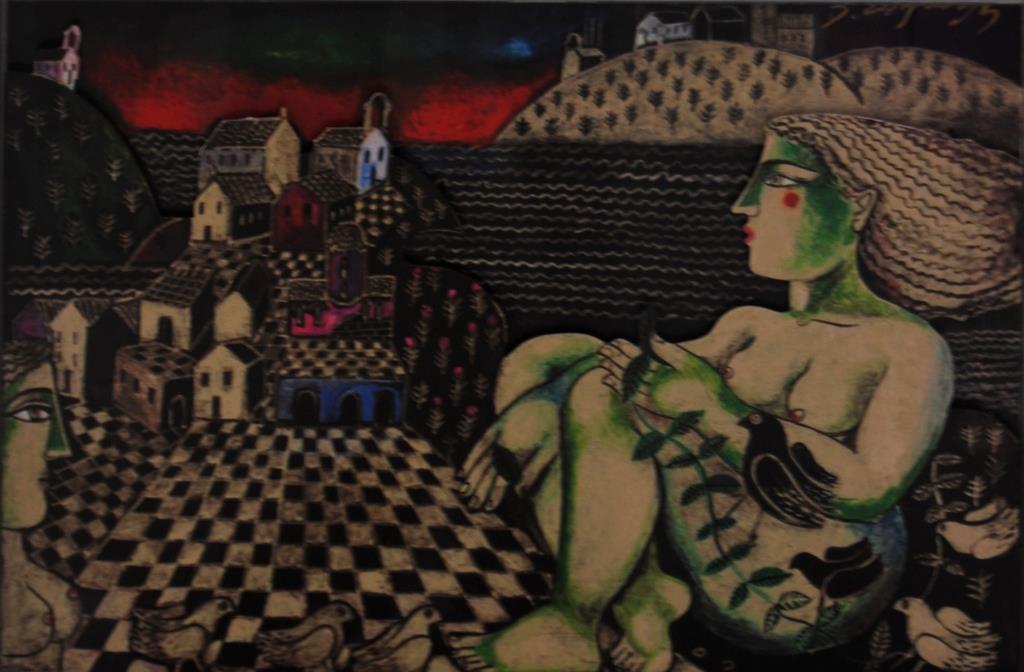 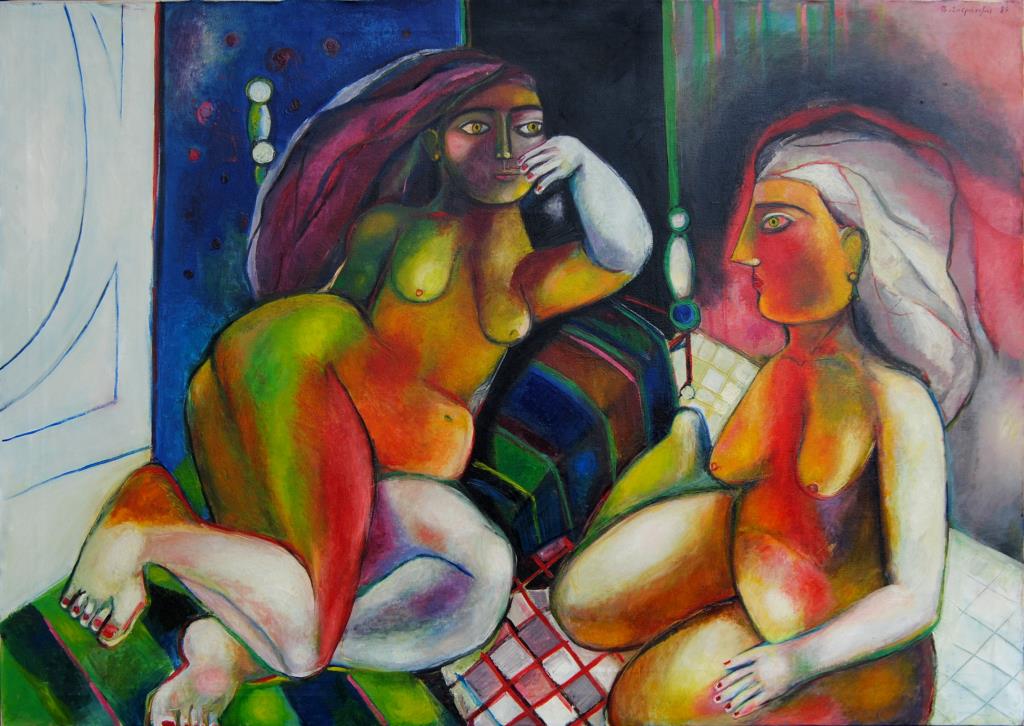