Mina Papatheodorou-Valyraki was born in Athens, Greece. From 1975 to 1980, she studied painting at the Supreme School of Fine Arts of the National Technical University of Athens, under Professor Yiannis Moralis.

She graduated with distinction in 1980. Meanwhile, in 1980, she obtained the diploma of theoretical studies of the School of Fine Arts of Athens, and attended courses on fresco and icon painting. In 1981, the Italian Ministry of Foreign Affairs, granted her a scholarship to enable her to follow a postgraduate course entitled "Perfezionamento in Storia dell' Arte Medievale e Moderna" at the University of Florence, from which she received her Ph.D. degree in 1986.

Her works are exhibited in the National Gallery in Athens, in private collections in Greece and aboard, in the art collection of the National Bank of Greece, in the Olympic Museum of Lausanne, the UN Building in New York, in the National Museum of Women in the Arts in Washington, in "Lamborghini Automobili" Museum in Sant' Agata Bolognese in Italy, the UNESCO collection in Paris, the Museum of Barcelona, the Vorres Museum in Athens, the Averof Museum in Metsovo, the General Bank, the Jean Todt Museum in France and elsewhere as: in Fiat headquarters, in Ferrari Genesis of Athens, in Trident Cars LTD Maserati - Lamborghini S.p.A., in Merchedes in Athens, and many, private collections in Greece and aboard.

Mina Papatheodorou - Valyrakis is thw Artist to whom Automobili Lamborghini commissioned the commemorative work of art "La Storia Della Lamborghini, 35 years", an 18m painting for its 35th anniversary in June 1998. This huge painting decorates the big aula of Lamborghini Automobili indusrty in Sant' Agata Bolognese in Italy since 1999.

In February 2001, she presented her Artwork in the National Museum of Women in the Arts of Washington, where her painting "Still life in yellow" was approved and acquired for the permanent collection of the Museum in U.S.A.

October 19th 2001 she's been announced SPORT ARTIST OF 2002-2004 unanimus among many international entries by the UNITED SPORTS ACADEMY. Her painting - the skier, the ice hockey etc. - will be the official posters of the winter Olymbics at Salt Lake City.

On the occasion of its 30th anniversary, the U.S.A. Academy of Sports shall be awarding Mina Papatheodorou - Valyraki with an exhibition at the Academy's ASAMA Museum in Alabama, in July 2002.

In September of 2003, the Greek Post Office issued a series of stamps - including five works from this painter from the group on athletic subjects for the 2004 Olympics - collective issues of stamps and envelopes, as well as series of wide circulation. Furthermore, in September of 2003, she had an exhibition in the European Parliament entitled "2004 Olympic Games" and her book, a monography published by Livani Publishing, "Dialogue with Art", was officially presented in the presence of Pietro Mennea and Vivian Reding.

On November 3, 2003, the UN adapted the Olympic Truce resolution for the duration of the Games, Greece - through the Foreign Minister George Papandreou -, donated the monumental work "Olympic Truce", signed by 23 women Olympic champions to the UN. During the official ceremony, UN General Secretary Mr. Kofi Annan accepted the gift in the presence of IOC President Mr. Jacques Rogue.

In May 2004 she exhibits in Cyprus at the "Intercollege" of Nicosia, in Nafplio at Peloponnesian Folklore Foundation and in Monte Carlo, at the EFG - "Villa Les Aigles" on the occasion of the FORMULA I Grand Prix, in Monaco.

In 2003 she granded the "XENIOS ZEYS" award by Greek Tourism Organization for the promotion of Greece in the abroad.

In 2004, she makes the official calendar of Olympic Games "ATHENS 2004" as well as some of the official posters of the Games. In October 2004, she is granted the "Guirlande d' Honeur" award for her offer in the Art for the Sports, from the President of the Italian Republic, in the Festival Arts Sport Movies and TV in Milan.

In April of 2005, she exhibits her artwork in the National Museum, Sakhir Tower of Bahrain.
In February 2006, she exhibits her artwork "Olympic Truce" that belongs in the UN in the Palazzo Stupinigi, under the aegis of International Institution of Olympic Truce, in the Winter Olympic Games of Torino. It also participates in the exhibition Cowparade' 06, with two figurative proposals for application on the sculptures ofcows, in Athens.

In September 2006, under the aegis of Municipality of Thesalloniki - "41th DHMHTRIA 2006", she exhibits her artwork in the Old Archeological Museum (Jeni Tzami), titled as "The City under Construction – Harbors – Cranes". The same time, she exhibits in the METAMORFOSIS Art Gallery and the October of 2006 the exhibition is presented in the Macedonian Museum of Modern Arts of Thessaloniki.

In May of 2006, the GAUDI gallery selects her artwork to present it in the exhibition "Art Fair of NIMES" in Franch and in "Art Fair" in Spain. In November of 2006, the same artwork is presented in the GAUDI Art Gallery in Madrid.
In June of 2007, she exhibits her artwork titled "The City under construction" at the Gallery Citronne in Poros Island and in November of the same year at the Museum of Technology and Science in Thessaloniki.
Since 2007 has been elected member of the Board of Trustees at the United States Sports Academy - America's Sports University.

In 2008 she participates in the exhibition "ART IN THE ART - ACTORS and PAINTERS" in the Cultural Foundation "MELINA MERKOURI" with two new paintings titled "KLYTAIMNISTRA" and "AGAMEMNON", inspired from the ancient tragedy.

In June of 2008 she is going to exhibit a retrospective exhibition that will take place at the JINTAI ART MUSEUM of Beijing with 70 paintings. She will also participate at the 3rd INTERNATIONAL ART BIENNALE of Beijing.

In November 2008, she was awarded with "Guirlande D’ Honneur" at the "Sports Movies & TV 2008-26th Milano International FICTS Festival".

In July 2010 she participated with other international artists at the exhibition "Football Portraits" in Frascione Arte gallery in Florence (duration until September 2010) on the occasion of the World Cup 2010.

In October 2010 she presented her one-woman show titled "City Reflections" in ARTION gallery in Thessaloniki – Greece. 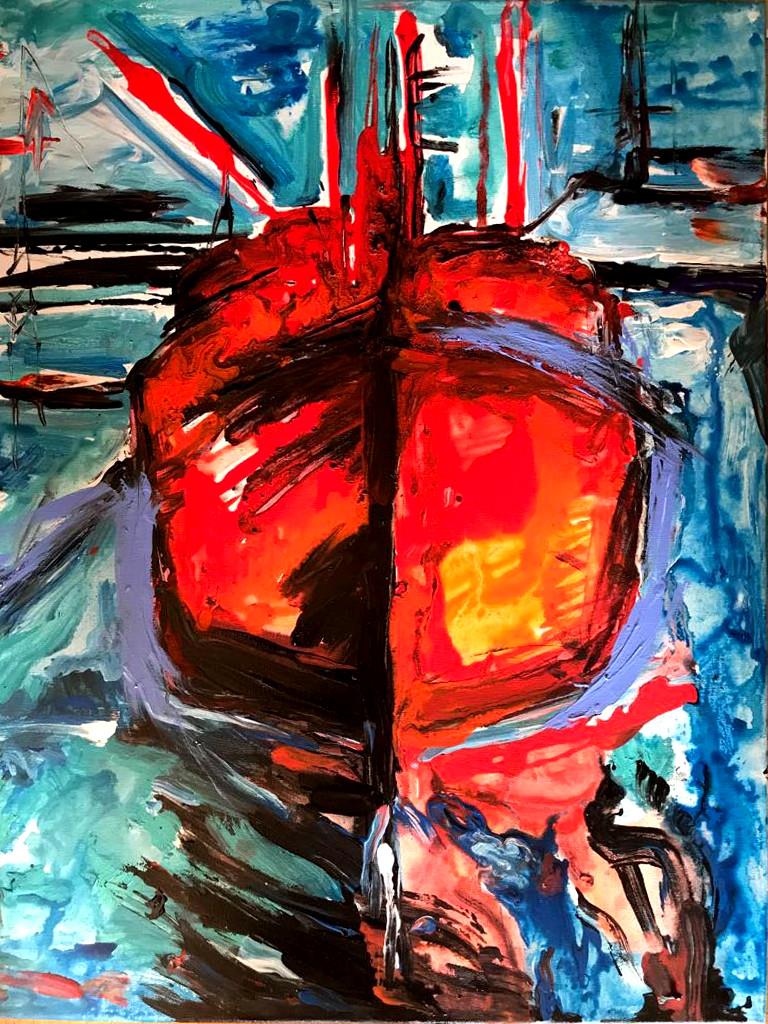 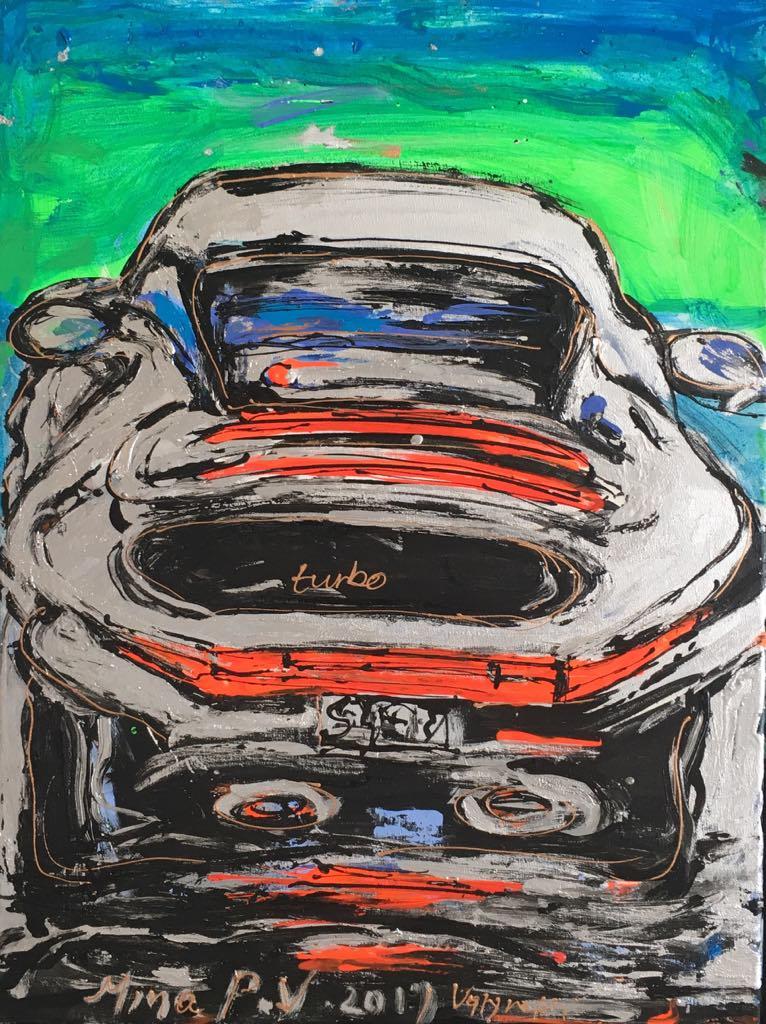 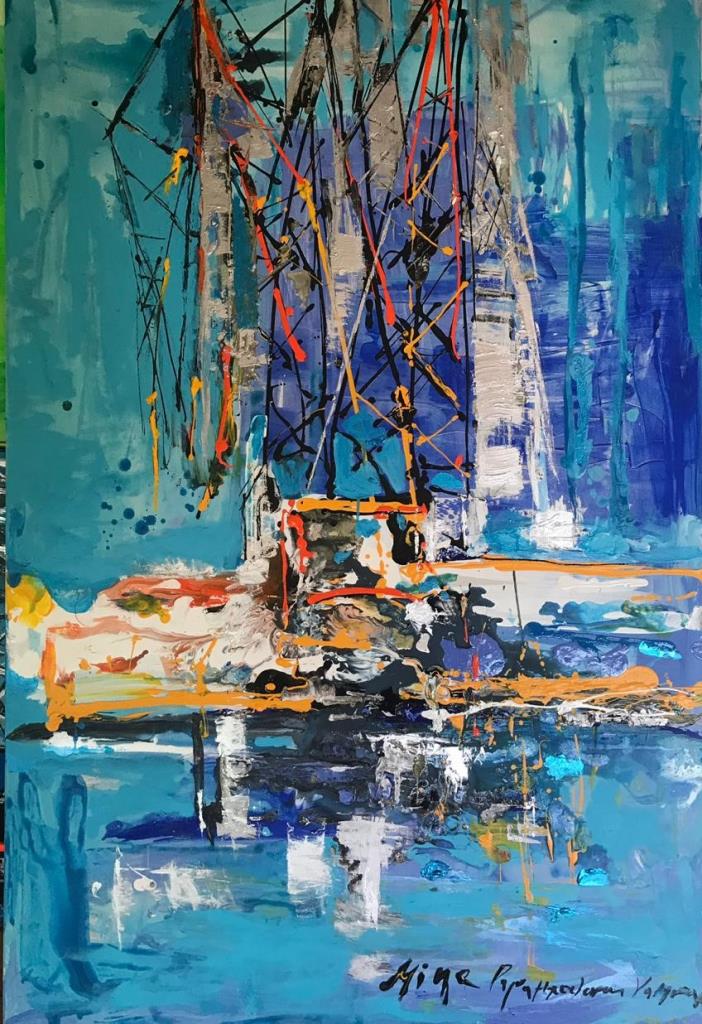