He studied at the School of Fine Arts (1957 - 1961) with his teacher G. Morali. During his studies he worked in dragon Pelion (home Rose) and Kritsa Crete (Panagia Kyra) replication wall. In 1962 he attended classes in iconography "Applied Laboratory" of ASFA. In 1965 he was appointed Lecturer in the free drawing and painting at the School of Architecture, NTUA, where he is a Professor. In 1973 he received a scholarship from the Ford Foundation .

In his work there is a poetic approach assimilated the Greek area, not limited to simple plastic record of the image, but goes on transforming them into symbols. With asceticism in the economy of the media painting encapsulates the conceptual and emotional content of a world pillaged by time and wear. The classified thematically choices both in relation to the space and in relation with time. In the first part of the stand following sections: stone alone or in lots of rubble indexed stones,black openings in a horizontal or vertical plane (high trunk, triangular, square or round openings, rarely with hints plant presence or rags that serve as traces of human passage in the horizontal plane dominate Chimes wells). In the second part are: fragments of ancient statues forms Female portraits from old photographs doors and windows with iron bars old wood, usually dilapidated roofs, operating as incisions space and oxidized fragments remnants of old machines, metal debris and bodies disused steel sheets in demolition environments.

Unique motion expressions are occurring in the evocative series of undisciplined horses. All these visual references operate suggestiveness referring to differentiation of interpretations and in a secret dialogue of solitude with eternity. There is always a coherent conceptual issues and the large number of variants thereof, consistency becomes even more evident in the diptych, triptych, or pentaptyches and oktaptyches creations. The focus in enlarged detail (which by some scholars referred to as an element affinity with pop art), exudes spiritual affinity with the way they have the surrealists to reveal the psyche of objects. With emphasis on virtuosic display and minimalistic of color palette, exploited the functionality of unprinted space and stated that more absent, conversed eloquently to that illustrated.

As to how to edit images (dominated by charcoal and acrylic), T. Spiteris succinctly identified the following characteristics: linear, accurate and sensitive tonal pattern with black and white outline passages, where a mood vacillates colorless original interpretation of light which overwhelms the topic 1 contoured objects projecting outright in a pulsating white background.

While it may seem an oxymoron, painting seeks to examine and spite against the tautological vividness. The artist sets a system of principles and rules that give the line of aesthetic path that must be followed. This code, in order to exist, requires an action dialectical formula, which is additive and subtractive together. Characteristically writes G. Serafini, «the Sorogas gives form to silence that has spread to the human experiences the time of definitive separation from the divine."

His works are in the National Gallery, in the OT Rhodes in Averof Gallery, Museum Vorres the Museums of Contemporary Art Belgrade, Skopje, in Teloglio AUTH Foundation, Ministry of Culture in etc. He was also involved with the illustration and art direction books and magazines. Drawn to lithographs and serigraphs 38 projects, while many others were printed in books OEDB, literary, auction catalogs, calendars, cards and magazines. He also published essays in books, magazines, newspapers, catalogs.

He was a member of organizing committees and lecturer at the Art Symposia and magazine Spiral. Founding of metlos EPASKT of FITS, EETE and member of the Scientific Committee of the Foundation of the Hellenic World. 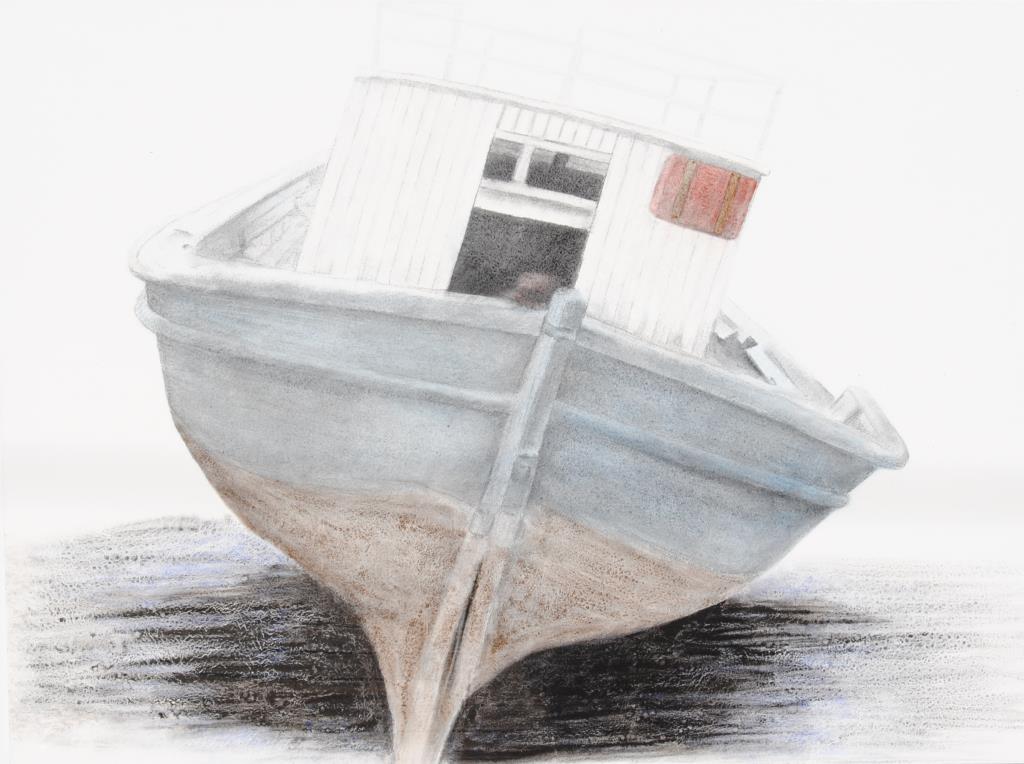 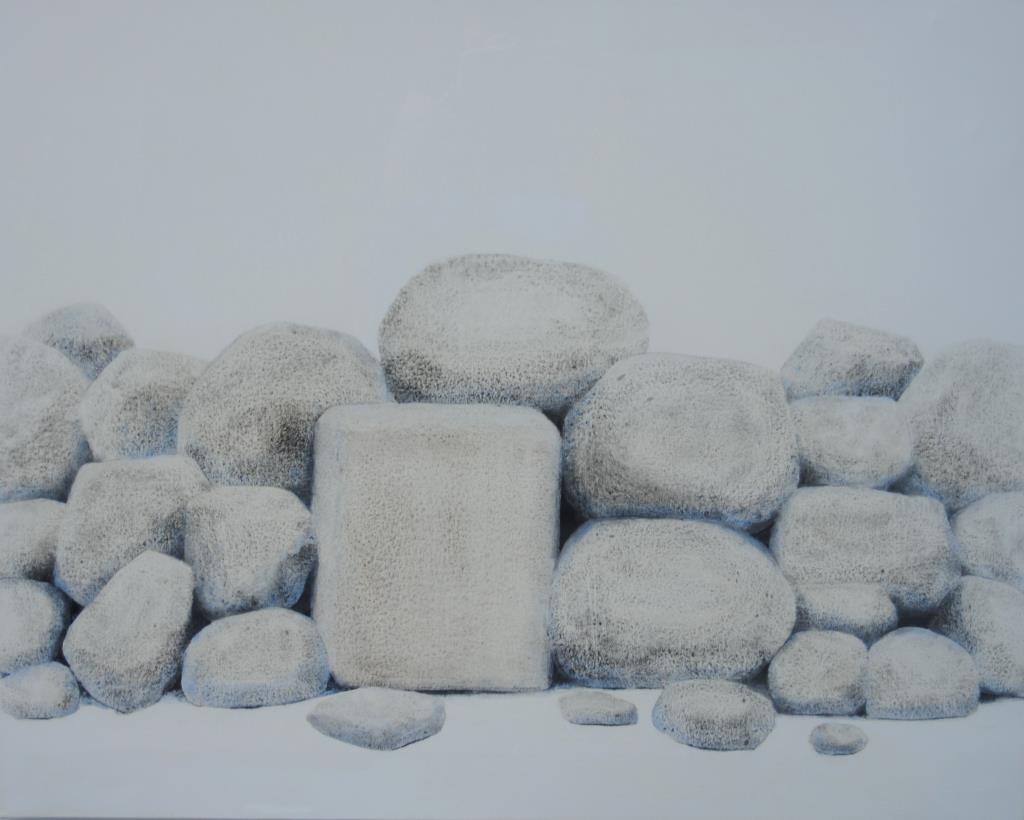 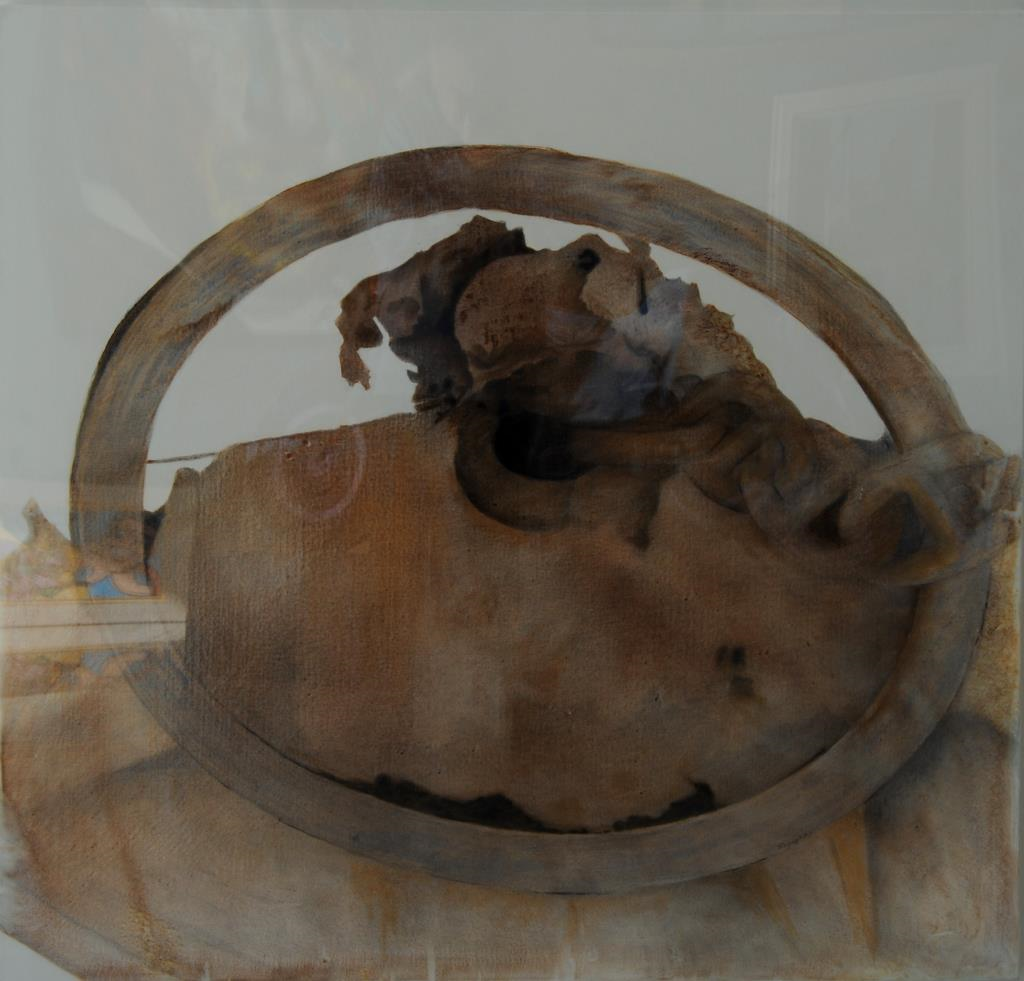