When the graffiti scene was born in Athens In the early ’90s, Sake was one of the most leading artists. He was known for his realistic approach in his graffiti art, which was groundbreaking for that foggy era. In the early 2000s his creativity was expressed in a new genre of art for Greece back then, the art of tattooing. Within the next 15 years, he managed to establish the biggest tattoo studio and be the teacher to some of the top tattoo artists worldwide. In 2017, due to his nostalgia for graffiti and his beginning, he brings to life a new project called “Statue Art Crimes” which consists of a modern approach to classic and monumental ancient busts and sculptures. He participated in art shows in Athens, Mykonos and the latest exhibitions were Scope New York and Moniker Art Fair New York. This project got a lot of great feedback and it ended up being showcased in galleries worldwide. 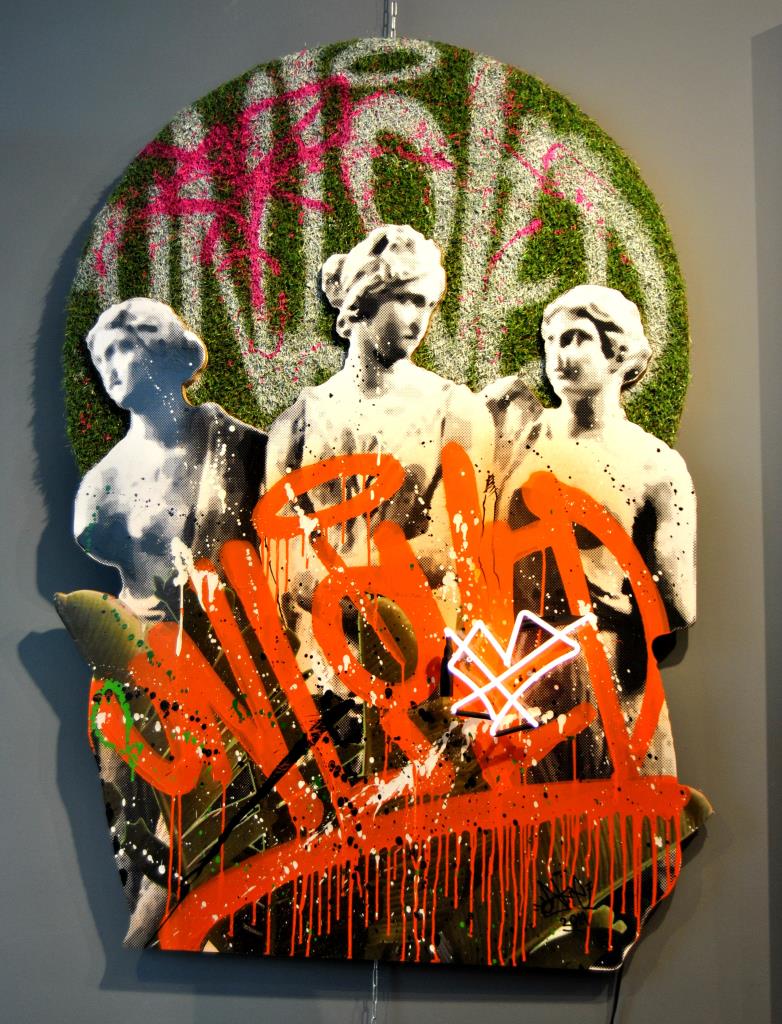